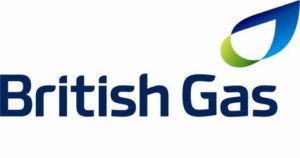 Since British Gas Business implemented a new IT Billing system in 2014, they have failed to provide the intended service.  It has caused issues such as delays in accurate bills being distributed, new customer registration delays and complaints weren’t properly dealt with.

After coming forward and reporting themselves to Ofgem, it has now been agreed they are pay £9.5 million to rectify the failing.  Ofgem launched an investigation in October 2015.  The investigation found British Gas Business to be in breach of:

Since the investigation has been completed, British Gas Business have taken measures to improve their service and employed 350 specialist agents to help handle increased calls and backlogs of complaints.

Ofgem’s CEO Dermot Nolan comments: “British Gas Business has done the right thing by coming forward to Ofgem to report problems with its new IT billing system, and has since worked hard to improve its customer service. However, British Gas Business’ implementation did go wrong and it didn’t act quickly enough to put things right.

“Many existing businesses customers were left without accurate bills, causing significant concern. New customers were delayed from switching to the supplier, potentially costing them money by leaving them on a more expensive deal with another supplier.

“Ofgem welcomes suppliers investing in new systems and recognises that this can be challenging. However the £9.5 million payment also sends a strong reminder to all energy companies that they must treat consumers fairly at all times, including while new systems are put in place.”