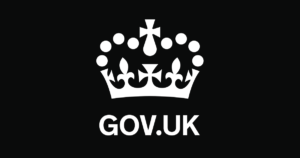 New plans to help struggling families buy their long-term home are set to be announced.  The proposal is aimed at helping families who have rented their home for 25 years, allowing them to buy as they go.

It is believed that NHF has informed ministers that housing associations will be able to purchase/build 335,000 homes over the next four years including a huge amount on a ‘buy as you go’ scheme.

Rents are expected to be paid under the ‘buy as you go’ scheme, which would work to be approx. 90% of the market rate.  The split between rent and equity payments would change over time, until the tenant can own their home outright.  Private renters are said to pay around 47% of their wages on average, to landlords.  This means many renters have a small or no chance of being able to save enough for a deposit.

The UK Government are determined to improve home owner status for the public and Theresa May has told cabinet that it is her priority.

The shadow housing secretary, John Healey, has said “Six years of failure on housing under the Tories have meant a big drop in home-ownership for young people right across the country, with the fall sharpest in the north of England”.

“This is no longer just a problem for London and the South-East, but a national problem that requires new national leadership.  Short-term gimmicks from Conservative ministers over the last six years were too often designed to give the Conservatives a poll boost rather than real support to first-time buyers on ordinary incomes. Young people are now paying a price for this failure”.